unsupervised learning is a machine learning technique in which models are not supervised using training dataset. Instead, models itself find the hidden patterns and insights from the given data. It can be compared to learning which takes place in the human brain while learning new things. It can be defined as:

Unsupervised learning is a type of machine learning in which models are trained using unlabeled dataset and are allowed to act on that data without any supervision. 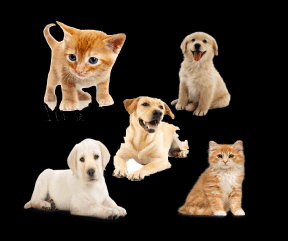 Why use Unsupervised Learning?

Below are some main reasons which describe the importance of Unsupervised Learning:

Working of unsupervised learning can be understood by the below diagram: 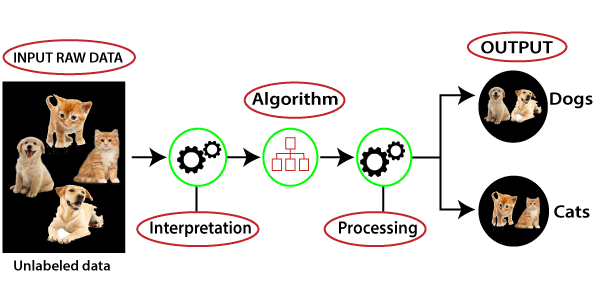 Here, we have taken an unlabeled input data, which means it is not categorized and corresponding outputs are also not given. Now, this unlabeled input data is fed to the machine learning model in order to train it. Firstly, it will interpret the raw data to find the hidden patterns from the data and then will apply suitable algorithms such as k-means clustering, Decision tree, etc.

Once it applies the suitable algorithm, the algorithm divides the data objects into groups according to the similarities and difference between the objects.

The unsupervised learning algorithm can be further categorized into two types of problems: 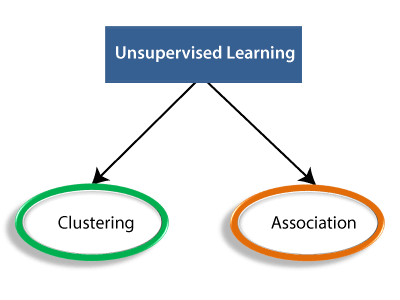 Note: We will learn these algorithms in later chapters.

Below is the list of some popular unsupervised learning algorithms: