Q1: What is PyTorch?

Answer:PyTorch is a machine learning library for the programming language Python, based on Torch library, used for application such as natural language processing. It is free and open source software release under one of the BSD licenses. It has been released in October 2016 written in Python, C++, and CUDA.

Q2: Who is the founder of PyTorch?

Answer: Soumith Chintala and Hugh parkins (AI researcher in Facebook) are the founders of PyTorch.

Q3: What are the significant features of PyTorch?

Answer: The features of PyTorch are as follows:

Q4: What are the three levels of abstraction?

Answer: Levels of abstraction are as follows:

Q5: What are the advantages of PyTorch?

Answer: The following are the advantages of PyTorch:

Q6: What are the difference between Tensorflow and PyTorch?

Q7: What is Artificial Intelligence?

Answer: Artificial intelligence is an excellent area of computer science that highlighted the creation of intelligent machines that work and reacts like humans. It can perform the task typically requiring human knowledge, such as visual perception, speech recognition, decision-making, etc.

Q8: What is Machine learning?

Answer:Machine learning is an application of artificial intelligence (AI) that provides that systems automatically learn and improve from experience without being programmed. Machine learning points on the development of computer programs that can access data and use its trend for themselves.

Q9: What is Deep learning?

Answer: Deep learning is a critical subset of machine learning that imitates the working of the human brain in processing data and creating patterns for use in decision making. Deep learning has network learning capability of learning unsupervised from data that is unstructured or unlabeled. It uses the concept of neural networks to solve complex problems.

Q10: What are the difference between AI, Machine learning, and Deep learning? 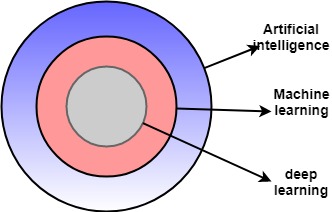 Q12: What is Backpropagation?

Answer: Backpropagation is a training algorithm used for multiple users for a many layer neural network. In this method, we move the error into the end of the net to all weights inside the system and allowing efficient calculation of the gradient.

It is divided into several steps as follows:-

Q13: What are the benefits of mini-batch gradient descent?

Answer: The benefits of mini-batch gradient descent are as follow:

Answer: An auto-encoder is a self-government machine learning algorithm that uses the backpropagation principle, where the target values are equal to the inputs provided. Internally, it has a hidden layer that manages a code used to represent the input. 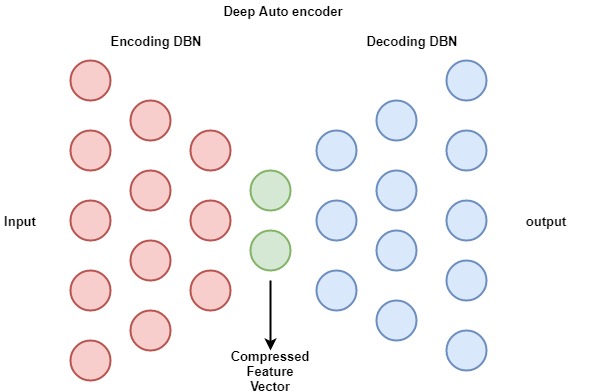 Q15: What is gradient descent?

Answer: Gradient descent is an optimization algorithm, which is used to learn the value of parameters that controls the cost function. It is a repetitive algorithm which moves in the direction of vertical descent as defined by the negative of the gradient. 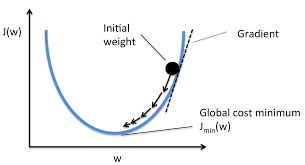 Q16: What are the essential elements of Pytorch?

Answer:Main elements of PyTorch are as follows:

Q17: What are tensors in PyTorch?

Answer: A Tensor is a multi-dimensional matrix containing elements of a single data type. Tensors in PyTorch are same as NumPy array. Its manually compute the forward pass, loss, and backward pass. The most significant difference between the PyTorch Tensors and NumPy Array is that Pytorch can run either in CPU or GPU. To run operations on GPU, just cast the sensor in the file system.

Q18: What are the mathematical building blocks of Neural Networks?

Answer: Mathematics is a vital role in any machine learning algorithm and includes many core concepts of mathematics to get the right algorithm.

The essential elements of machine learning and data science are as follows:

Vectors: Vector is considered to be an array of numbers which is continuous or discrete, and space which consists of vectors is called a vector space.

Scalers: Scalers are termed to have zero dimensions containing only one value. When it comes to PyTorch, it does not include a particular tensor with zero dimensions.

Matrices:  In matrices, most of the structured data is usually represented in the form of tables or a specific model.

Q19: What is Autograd module in PyTorch?

Answer: There is an automatic differentiation technique used in PyTorch. This technique is more powerful when we are building a neural network. There is a recorder which records what operations we have performed, and then it replays it backs to compute our gradient.

Q20: What is the Optim Module in PyTorch?

Answer: Torch.optim is a module that implements various optimization algorithm used for building neural networks. Most of the commonly used syntax is already supported.

Below is the code of Adam optimizer

Q21: What is nn Module in PyTorch?

Answer: nn module: The nn package define a set of modules, which are thought of as a neural network layer that produce output from the input and have some trainable weights.

It is a type of tensor that considers a module parameter. Parameters are tensors subclasses. A fully connected ReLU networks where one hidden layer, trained to predict y from x to minimizing the square distance.

Q22: What are the advantages of PyTorch?

Answer:  Advantages of PyTorch are:

For example, the configuration we specified in step(3), we have the following command:

Q24: How to build a neural network through PyTorch?

Answer: A PyTorch implementation of the neural network looks the same as a NumPy implementation. The motive of this section is to showcase the similar nature of PyTorch and NumPy. For example: create a three-layered network having five nodes in the input layer, three in the hidden layer, and one in the output layer. 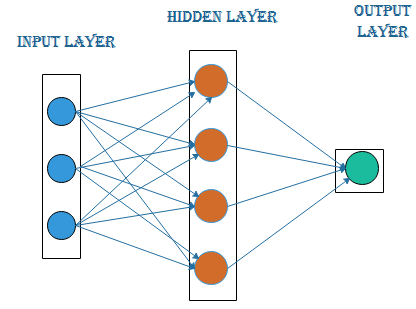 Q25: Why use PyTorch for Deep learning?

Answer: PyTorch is the essential part of deep learning tool. Deep learning is a subset of machine learning, which algorithm works on the human brain. These algorithms are known as artificial neural networks. That neural network is used for image classification, Artificial Neural Networks, and Recurrent Neural Networks. Unlike other libraries like TensorFlow where you have first to define an entire computation graph before you can run your model.

Q26: What are the differences between an array and a linked-list?

Answer:Collection of the object in a well-defined order is known as Array. And the linked list is also a set of objects but they are not in a well-defined form or remain in sequence, and also they have a pointer which is not in case of Array.

Answer: Two common regularizations are L1 and L2. Both have their distinct functions. L1 contains many variables which are in binary numbers. L2 are meant for error handling, and both of them are related to the Gaussian concept.

Q28: What do you mean by Supervised and Unsupervised learning?

Q28: what is the difference between Type I and Type II error?

Q29: What do you know about Recall and precision?

Answer: Recall is known as an exact positive rate. Precision is generally a predictive value, which is positive.

Q30:State some of the subsequent strategies to deal with the overfitting in TensorFlow ?

Q31:What do you mean by Tensorflow Estimators?

Estimators is a high-level API that reduces much of the code you previously needed to write when training a TensorFlow model. Estimators are very flexible, allowing you to override the default behavior if you have specific requirements for your model.

There are two possible ways you can build your model using Estimators:

Pre-made Estimator - These are predefined estimators, created to generate a specific type of model. Example, DNNClassifier is pre-made estimator.

Estimator (base class) - Gives you complete control of how your model should be created by using a model_fn function.

Q32:What are the APIs inside and outside of the tensorflow project ?

The API’s inside TensorFlow are- tf.manual or tf.nnrelu which are used to build neural network architecture.

APIs outside Tensorflow are -

This API shouldn’t be seen as TF Learn, which is TensorFlow’s tf.contrib.learn. It is a separate Python package.

It comes as a separate package and is different from what TensorFlow’s layers API has in its bag.

It is actually a Google project which offers a fluent interface with chaining.

It is a project of Google’s DeepMind which features a modular approach.