Why is it called Naïve Bayes?

The Naïve Bayes algorithm is comprised of two words Naïve and Bayes, Which can be described as:

Bayes' theorem is also known as Bayes' Rule or Bayes' law, which is used to determine the probability of a hypothesis with prior knowledge. It depends on the conditional probability.

The formula for Bayes' theorem is given as:

P(A|B) is Posterior probability: Probability of hypothesis A on the observed event B.

P(A) is Prior Probability: Probability of hypothesis before observing the evidence.

Working of Naïve Bayes' Classifier can be understood with the help of the below example:

Suppose we have a dataset of weather conditions and corresponding target variable "Play". So using this dataset we need to decide that whether we should play or not on a particular day according to the weather conditions. So to solve this problem, we need to follow the below steps:

Solution: To solve this, first consider the below dataset:

Frequency table for the Weather Conditions:

Hence on a Sunny day, Player can play the game.

Naive Bayes assumes that all features are independent or unrelated, so it cannot learn the relationship between features.

There are three types of Naive Bayes Model, which are given below:

Now we will implement a Naive Bayes Algorithm using Python. So for this, we will use the "user_data" dataset, which we have used in our other classification model. Therefore we can easily compare the Naive Bayes model with the other models.

In this step, we will pre-process/prepare the data so that we can use it efficiently in our code. It is similar as we did in data-pre-processing. The code for this is given below:

In the above code, we have loaded the dataset into our program using "dataset = pd.read_csv('user_data.csv'). The loaded dataset is divided into training and test set, and then we have scaled the feature variable.

The output for the dataset is given as: 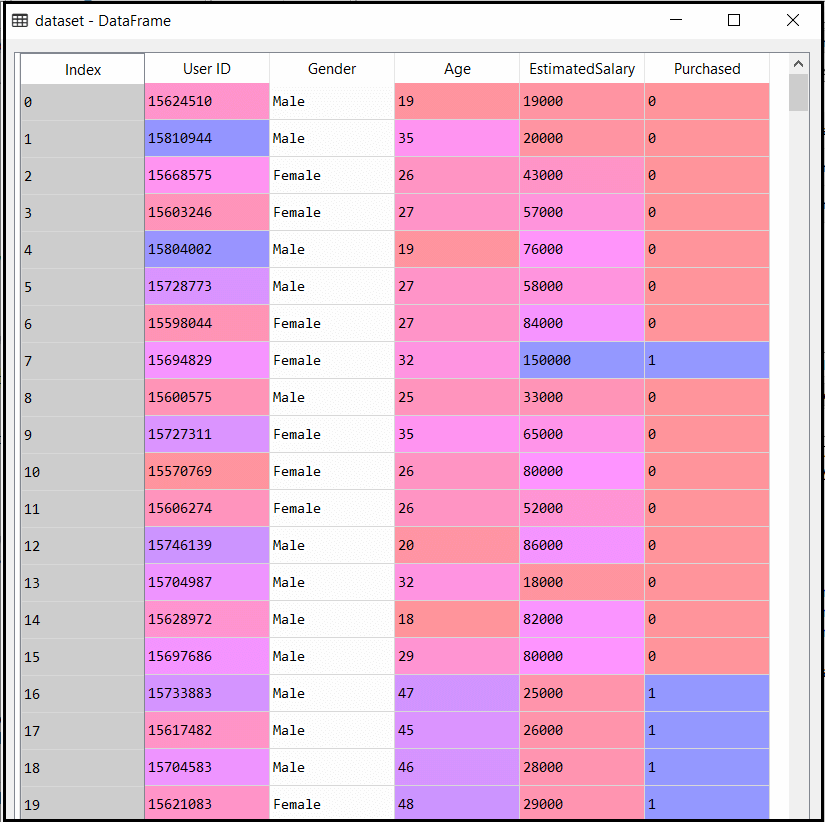 After the pre-processing step, now we will fit the Naive Bayes model to the Training set. Below is the code for it:

In the above code, we have used the GaussianNB classifier to fit it to the training dataset. We can also use other classifiers as per our requirement.

3) Prediction of the test set result:

Now we will predict the test set result. For this, we will create a new predictor variable y_pred, and will use the predict function to make the predictions. 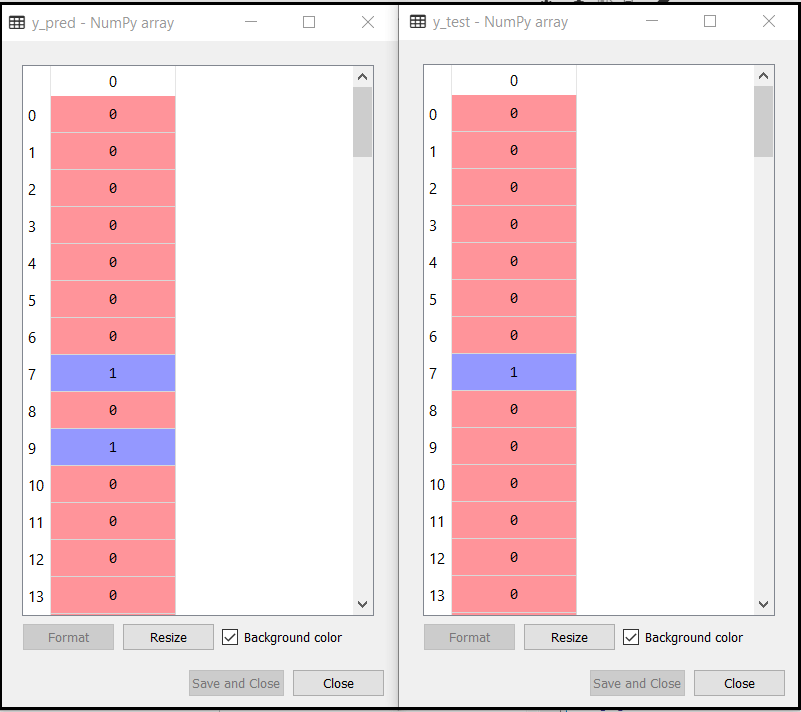 The above output shows the result for prediction vector y_pred and real vector y_test. We can see that some predications are different from the real values, which are the incorrect predictions.

Now we will check the accuracy of the Naive Bayes classifier using the Confusion matrix. Below is the code for it: 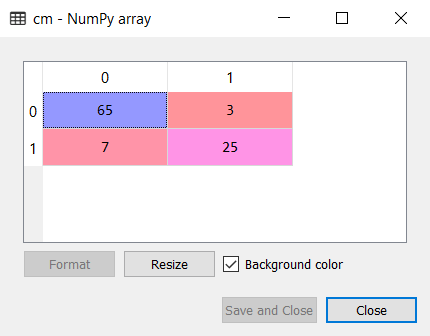 Next we will visualize the training set result using Naïve Bayes Classifier. Below is the code for it: 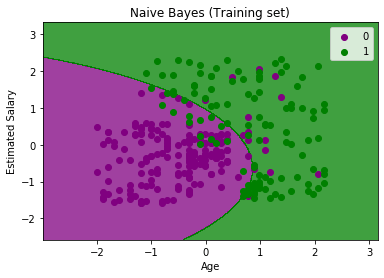 In the above output we can see that the Naïve Bayes classifier has segregated the data points with the fine boundary. It is Gaussian curve as we have used GaussianNB classifier in our code. 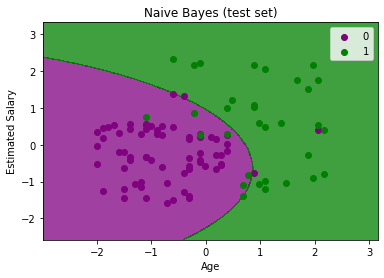 The above output is final output for test set data. As we can see the classifier has created a Gaussian curve to divide the "purchased" and "not purchased" variables. There are some wrong predictions which we have calculated in Confusion matrix. But still it is pretty good classifier.