A gentle beginner’s tutorial on how to use Git 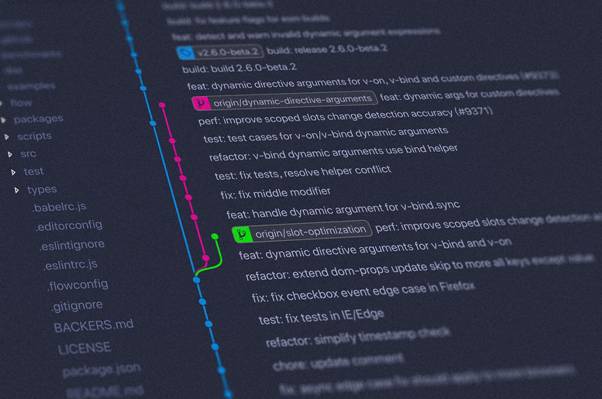 Git is distributed version control system. It allows for multiple programmers to work on the same project.

If you intend to work in data science, quantitative analysis, or any role that requires programmers or coders collaborating, you will probably have to cross paths with it. At first Git can be quite intimidating to learn. It can also be quite confusing. This gentle tutorial will hopefully alleviate you from some of these fears.

Launch Git bash after installing it. Firstly, check the version of Git you have. Mine is shown below.

At any time you can ask for help by typing the --help command in Git bash. For instance, if you wanted help on the config verb, you could type the following:

Initialize a repository from existing code. Here I have a simple folder where I have a Python script called main.py and a few other folders. Yours obviously would be different. Let’s track this generic project with Git.

To initialize, we type the command:

You will realize that the git init command has created a .git file in the directory.

If for some reason you want to remove from the code repository, you can type:

This will remove the .git file from the directory. Of course, don’t do this just yet. We have a lot more to do!

Before we commit to anything we can check the status of our project.

As you can see, there are no commits yet. This is because we haven’t committed anything yet!

Now say the .idea file and userConfigs are files/folders that you might not want to track changes on. You can use a simple “gitignore” text file list all the files you want Git to ignore. You can do this by:

And then go and edit that file. For instance, I did this in notepad. 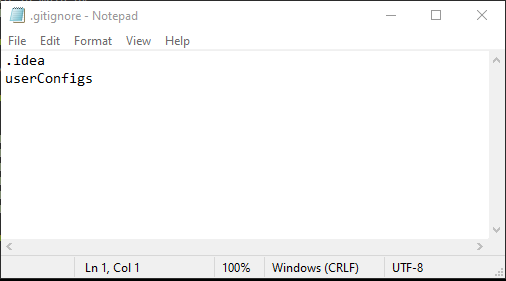 Now if you run git status again, you will notice that the .idea and userConfigs are not longer there anymore. Great!

There are three states in Git that we need to know about.

2. Staging Area — this is where we organize what we want to be committed to the repository

3. Repository — this is our local repo

This visual will hopefully give you an idea of the relationship between each stage. 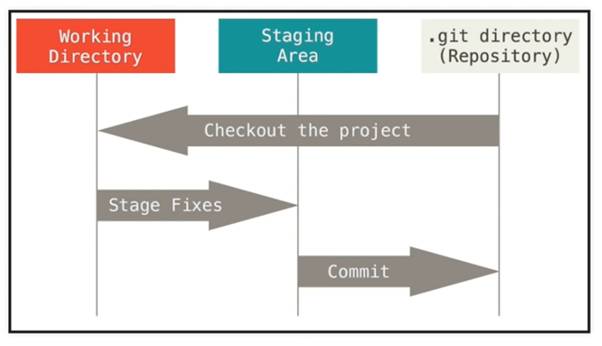 So far, we’ve simply been playing at the working directory stage. Next we need to know how to add files to the staging area, ready to be committed to the local repository.

As you can see both files are currently just sitting in our working directory untracked.

We need to move them into the Staging Area.

Say we want to add main.py we can run

Then if we run git status again:

You can now see that main.py is now pushed into the staging area ready to be committed. Furthermore, you can see that .gitignore is still currently untracked.

Add all files to the staging area:

Perfect! Now both files have been added to the staging area.

If you want to remove all files from the staging area, you can simply type:

Commit from Staging Area to the Repository

Now that we have the files we need in the staging area, we are going to commit them to the repository.

We commit by typing:

Make sure your message makes sense for future reference. It is good to be precise on exactly what changes you have made.

This is our first commit.

Now when we run git status we find there is now nothing in the staging area.

We can also check the commits we have made by looking at the log.

Sometimes Windows Explorer doesn’t show the .git folder. If that is the case for you, you need to set it so that you are able to see hidden files. You can do this by following the instructions in the link below.

So far, we have explored all three Git states on our local repository. Often we work in teams of more than one. Next we need to know how to copy a remote repository. This is what the next section is all about.

In real life, when you’re working in a team, you will need to clone an remote repository onto your local machine. You can do this with the following command:

If you’re simply starting out, you might not have a remote repository to clone from. So this is what we’re going to do instead.

And you’re going to clone from one directory to another. In my case:

This is because my original repo was in a folder called ‘sample’. Yours would be different of course.

Now you should be able to see a clone of your ‘not so remote’ repository.

If you type in the following command:

This will give you information on your local repository. Furthermore,

This will list all the branches, locally and remotely for this project.

This is list all the changes to the existing files you have made.

If you add a new file to the cloned repo, you can run the below to see new files and modified files.

Now we need to add them to the staging area by running:

Then we can run something like this to commit from the staging area:

Ok, so now that we have made the changes locally, we’re going to push these changes up to the remote repository so others can see.

Pushing it Back up to the Remote Repository

If things are good, we will get a reply that everything is already up to date. Now we can push.

Now you have pushed your changes back up to the remote repository!

To check the branches you currently have:

Most likely, you will only have the master branch.

To add a new branch you can simply type:

The one with the asterisk on is the one that you’re currently working in.

If you want to switch branches you can see the checkout verb.

This will switch you to the new branch!

Now you can go ahead and make some changes to your files. You can see the changes you made by git status .

After making some changes, you can commit to your new branch

After we have done that, we can push our new branch into our remote repository.

Now if we run git branch -a , we can see all the branches (local and remote):

You can see that our local newBranch has been pushed up to the remote repository.

The idea of this is that others can review the changes you have made in the branch, run unit testing etc. Once everything is OK, you can merge the newBranch to the master. In the next section, we will be talking about merging branches.

To merge branches, you first have to merge your branch locally with your local master. Then you can push this up to the remote repository.

So first, you need to be in your local master:

Then you can merge your branch into the master:

Then finally, you can push up to the remote repository:

Once we have pushed our changes from the branch to the master, we can delete our branch local:

We can also delete the branch from the remote repository:

We can check the branches left by:

Putting it all together

1. Create a new branch to work on a new feature

2. Work on code for the new feature

3. Check modifications we have made, add to staging directory and commit locally

5. Once everything is ok, merge to local master 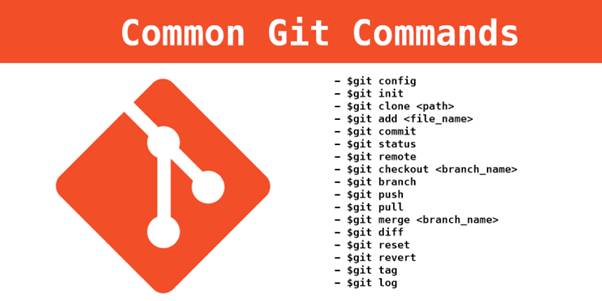 Application Security in a DevOps Environment

It Seems Like Every AppSec Vendor Pitch Talks About How You Can Shift Security “To The Left” And They Can Help You Transition To “DevSecOps”. DevOps: the Next Level

Ten Years And More Passed Since Patrick Debois Coined The Term DevOps, In 2009. In The IT World, Nothing Is Definitive. What is DevOps and Why You Should Have It

General Idea Behind DevOps Approach. I Will Describe How DevOps Is Implemented In Our Company And Why It’s So Great To Develop.

DevOps Is Really Hot At The Moment And Most Of My Friends, Colleagues, And Senior Developers I Know Are Working..